I had my first trip to Croatia early June this year. And it was a great experience that I most certainly will do again. Zadar is certainly a great little city, with charm and muscle in the tourist season.

Getting to Zadar is easy. From Scandinavia, Ryanair (yes the cheap ripoff airline) fly`s direct from Rygge in Oslo to Zadar. But many airlines fly to Split, just south of Zadar. From Split you can take a bus, or rent a car cheaply. The highway between Split and Zadar were of absolutely perfect quality. Much better then Norwegian standards.

Getting around in Zadar is easy. Everything is close by, but if in doubt, call a taxi. Its cheap and reliable.

I stayed my time in Zadar at Hotel Donat, a 3 star all-inclusive hotel about 3 km north of Old Town Zadar. I had read many differant reviews on this hotel, ranging from great to awful. So i was a bit uneasy at what awaited me.

Hotel Donat is a budget hotel.The price you pay includes 3 meals a day, plus all you can drink of local wine, beer and softdrinks from 10 am til 10 pm. And for Scandinaviens that are used to paying huge taxes on overpriced food and drinks, this is a real bargain.

The hotel was very clean. It seemed like someone was always cleaning something somewhere. The pool area was typical 3 star. Not fancy, but more then served its purpose.

Just 40 meters or so past the pool area, through a very thin forest, you find the beach area. So you dont have to walk far to get some saltwater on your body.

Although, the definition of a beach varies from country to country. You have to look very hard to find sandy beaches in Zadar. Its all rocks and gravel. And they are sharp. So bring some shoes to swim in.

Inside the hotel, right by the pool area, you find the hotel bar. There, they have “conveniently” placed the taps on the customer side of the bar. So everyone soon becomes a certified beer-tapper after a day or two.

The red and white wines are local. Didn’t catch the brands, but they were ok house-wines. (Tip: Put a ice cube in the white.) And don`t expect a Barolo red.

The one thing I didn’t like was that you had to wear a white armband of the type you get at big outdoor concerts or in a hospital, to show that you were an all-inclusive customer. I broke mine off the first day. I wasn’t about to go on the town looking like I just came from the asylum.(Tip. Just tape it back on when at the hotel, because you brought the duct tape right?)

And when you asked a bartender for a drink of something other then whats included in the all-inclusive, you could almost see the horror in there faces while they answered in a trembling voice first “no”, then “you have to pay for that”. Of course I understood that I had to pay for that. But I think they maybe have had some bad experiences with cheap retired German tourists. (Tip to the bartenders. Don`t use your hands/fingers to take out ice from the icemachine. It happened almost every time I asked for a glass of ice-cubes)

The food at the hotel was above expectations. The breakfast was pretty standard, with some different eggs, cold cuts, cereals and such.

But the lunches and dinners were above what I expected. Always between 7 and 10 warm dishes, and assorted cold-cuts, fruits and desserts. I saw someone had complained somewhere that there was always a variant of Pasta Bolognaise there. Well Mr. Stupid. That`s just an ingenious thing to always have. There were no kids running around crying because they couldn’t find anything to eat. Don`t ever take the pasta away. It gives us single grownups some peace and quiet while eating.

The other dishes varied. From meat (mostly pork) to local seafood. The variation was good enough for me to find something new and tasteful every time I had a meal at the hotel. Well done Hotel Donat.

The single room I had was small, but clean, and with a balcony. The cleaning service was great. Although I wonder if putting out the “Do not disturb” sign one morning, when I was hung over, translates into “get out the drums and horns to wake me up”.

All in all, Hotel Donat was great. I recommend it 110%. Just remember its a budget all-inclusive. Its great value for the money.

But I didnt spend all my time at the hotel. Being a single adult of age, I was of course out most evenings here.

Old Town is where you go. Old Town has Roman ruins and churches dating way back. Lots of sights for all you historians.

Old Town has tons of charm, with small harbors surrounding the walls.

Inside the walls, you find a place to eat and drink on every corner. Even in the most narrow streets. It seems that if there is room for a chair, you will find one, and someone selling beer and ice-cream. Even the tourist info sells beer and ice-cream here. Love it!

And its cheap in Zadar for us Scandinaviens. Dirt cheap. I never spent more the 20 Kuna for a half liter of local beer. Thats about 22 NKr or 2.65 Euro.

To name all the different places I had a beer or a cocktail would take up too much time. Just walk through the streets, and stop when it feels right. You can`t go wrong. But I will mention a few.

I was lured to Hitch Bar because of great reviews on some app. Well, the location was great. I would almost say idyllic. The outdoor seating over the sea was awesome.

Too bad there were no bartenders there that day that could mix cocktails at all. I think that was because it was a Monday, early June. I also think this is the hangout for the younger crowds and students on weekends and when school is out. I wonder how many students have had one to many and fallen into the water here.

Ah yes. Cocktails. Everyone makes cocktails in Zadar. If a bar doesn’t make a Mojito or a flashy over the top Long Island Ice Tea, well, then its not a bar in Zadar.

Having a UB40 cocktail at The Garden

I soon found my favorite hangout. The Garden. Originally opened by two members of UB 40 some time back, it rests on a hill on the outer edge of Old Town. This place is the best cocktail lounge hangout in Zadar, without question.

The bartenders were friendly. Most bartenders in Zadar are very professional. But few smile. At The Garden, they not only smiled, they actually conversed with the customers when they had the time. OK, beautiful girls were their priorities, just like all male bartenders all over the world. But they did have the time for a joke or two even with the old single male farts like me.

The Garden has an odd variety of ways to lounge. From sun mattresses on a deck, to Sahara like tents and different seating groups. I soon found my favorite bar-stool here.

They have many signature cocktails, I think I went through most of them the 6 evenings i spent there. (I was in Zadar a week.)

Go here before sundown for the best views of the city.

Another place to have a beer is Forum. I mean, its not every day you can have a beer while sitting next to (on top of?) old Roman ruins.

Are you a beer geek? Go to Billiard Club Borik. They have a huge assortment of Trappists and other awesome beers. And the prices are great.

As for restaurants, I didn’t get a chance to eat at the better ones. Most of the places I ate in Old Town were mediocre. Don`t get me wrong, it was fine, just nothing to write home about. I did later hear of a few good restaurants, and will make sure to get around to them on my next trip.

So why did I call this review for Cocktails and Dreams you wonder?

Well, besides the fact that everyone makes cocktails here, it seems to me that Zadar is struggling a bit with the whole tourist era. I have seen this problem many places before. Old grumpy men sitting in city counsels, dreaming of taking the tourist-money, but not willing to change their ways and make the place tourist friendly. It doesn’t work that way. You have to give a little(sometimes a lot) to get some.

My suggestions to the grumpy counsel:

Let all the local bars and restaurants stay open til 2 am in the tourist season. Now, most have to close at around midnight. Sure it makes a bit of noise for the neighbors. But the extra two hours in the tourist season will bring in a lot more cash making your city richer, and tourists will be more happy with your beautiful city, therefor they will be back. I found myself lost several times, wondering where I can get a beer or food after midnight. Old town went into what seemed like ghost town mode, especially in the weekdays. Sure they have several nightclubs that stay open til 6 am. But that’s not a place for everyone.

And to all the people working in Zadar. Get a smile. Croatians need to smile more to the tourists. Sure you are all very professional, honest and hard working. But people on vacation like to be happy. It feels good then to get a smile back sometimes.

I loved Zadar though, and I will be back. Soon!

This site uses Akismet to reduce spam. Learn how your comment data is processed. 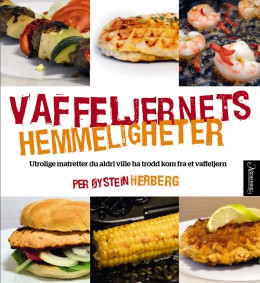